So every December, the OSR Discord runs a Secret Santa where we all throw in our names, a quick prompt, and get someone's prompt to fulfill. This was my first Secret Santicorn, and I hope I've delivered! ambnz's response to my prompt was fantastic, and can be found here: Skyscraper Mimics

semiurge requested the following: The latest fashion craze (refer to: tulip mania, ostrich feather boom) has made an unusual and inconvenient-to-get commodity into a valuable treasure (while it lasts). What is the commodity? What are the lengths people must go to get it? Who stands to lose the most when the market crashes? And so on and so on"

I'm setting this in the Meatropolis because it could always use more development! And it seems to be compelling enough that others won't mind. 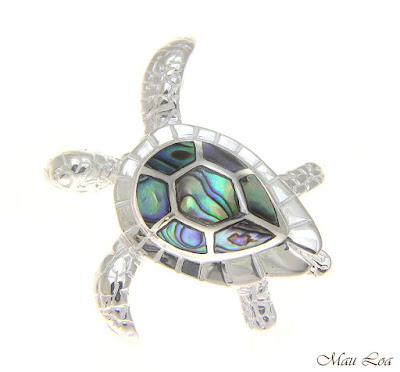 The hatcheries of Ogoath's many wombs bear bitter, mutant fruit. Turtletomas, stillborn or soon-to-die, shatter their eggsacs and plummet into the benighted abyss of stars. Some are plain, pallid, twisted things. Others have shells that shine like gems: brilliant, cold, vibrant, twinkling. It is the latter that now possess the attentions of the idle nutrient-rich of the Meatropolis's fleshcrafter houses. This season's fashion trend is turtletoma gem-shell, and it adorns every eligible heir's clothes to a dazzling degree.

Gem-shell is worn in jewelry, or as charms, or bracers, or studded into flesh. Cloaks are woven out of thinly pounded castoff dust; the odd fully-intact shell forms a pauldron or even is worn alone. A minor heir may have teeth replaced with shell, or fake eyes, or horns. A fleshcraft liege these days goes nowhere without a full assortment of shell trinkets like stained glass, in their house's ancestral colors. They jingle as they walk. The louder the better, so as to alert the masses that their better approaches.

Living turtletomas grow scarce these days. The shellcraze has driven hundreds of enterprising adventurers to the hatcheries, and Ogoath's corpse can no longer bear young. While millions of eggs in every stage of development form great walls of eggsac, adventurers are tenacious and endlessly inventive. They crack the shells by the dozen, extracting the stillborn fetal turtletomas and checking their shells for rare patterns. Most are discarded; perhaps 1 in a hundred is worth bringing to market. The few that resist are made short work of, like clubbing seal pups in aeons past.

There were people in the hatcheries long before the shellcraze. Turtle-breeders and turtle-riders in villages of eggshell, caring for the few hatchlings they found and nursing them to health. Some have decided to capitalize on the new trend, flash-growing and mutating strains into ever-brighter patterns - even custom-growing them to nobles' specifications. Of course, this has led to a cottage industry of stealing and sabotaging each others' designer turtletomas, and adventurers are always looking for more work. This has started to destabilize the strains, however, and many have made this their entire business. When the shellcraze ends, they'll be ruined. And the rampant experimentation with mutations and new patterns is hard to control - new, dangerous mutations aren't uncommon with such quick work.

Patterns
1. Bladed; while plain it's sharp around the edges to the point where you could use it as a combat discus.
2. Bloodsoaked. The stains won't come out. It keeps leaking, as the marrow inside continues to pump even after death.
3. Fractal pattern (d4 for which: 1. mandelbrot, 2. julia, 3. sierpinski triangles, 4. koch snowflake)
4. Furred, the turtletoma's shell mutated to be covered in a layer of incredibly soft hair.
5. Gridded (flip a coin for whether it's hex or square)
6. Jagged and broken, a confusing dissonance of bright clashing colors
7. Map of the Old World
8. Metallic sheen (d6 for metal: 1. gold, 2. silver, 3. copper, 4. platinum, 5. mirrored, 6. cobalt); while it's not actually metal, it happens to be magnetic
9. Pareidolium; the features on the shell resolve into a snarling mortal face - it may look like someone important...
10. Piped, like an organ. When wind passes through, it produces dissonant tones.
11. Rocky and speckled like granite.
12. Single gem, to be cut and polished (d8 for which: 1. diamond, 2. ruby, 3. emerald, 4. sapphire, 5. topaz, 6. opal, 7. smoky quartz, 8. amethyst)
13. Snakeskin
14. Solid matte color
15. Spotted with polka-dots like a ladybug's carapace
16. Stained-glass mural depicting an event from the turtle's genetic memory
17. Starry, a void filled with a swirl of shining pinpricks that gleam with an inner light
18. Striped between d6 colors
19. Unadorned bone. Sometimes simplicity is elegance.
20. Words and letters cover the shell in a bizarre script. Translated, it may carry secrets, or hidden magics.

The shellcraze has given rise to other nascent trends. Shellomancy, divining someone's future from the shells they wear and how they catch the light of a burning turtlefat candle, casting undulating shadows on the wall. Counterfeit shells, fleshcrafted from whatever spare bone lies around, and a variety of "professionals" who purport to tell the different between the fakes and the real thing (often, they run a thriving counterfeit shop on the side). Defrauding the nutrient-rich has always been a favorite pastime of the Meatropolis, and every new fashion is merely a new coat of paint for every old scam.

Everything ends. The shellcraze is no exception, as greater terrors rise. The hatcheries are an ecosystem, even in death. The half-formed spirits of the millions dead animate swarms of corpses into hurricanes of cheap shell and turtleflesh. Hydratomas break free of deeper eggs, seeking the newly-liberated food with their under-developed clusters of eyes and snapping beaks-within-beaks. Scores of adventurers plummet to their deaths before the day's harvest is done, and soon only the luckiest and most well-prepared survive. Shell spirals in rarity to the point where even the rich dare not bother with it - they've moved on to artisanal custom-grown masses of grey matter.