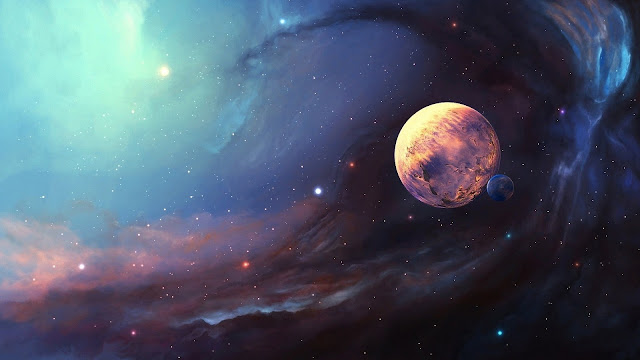 My one-roll exploration tables can be adapted for space! Some simple rules for space travel follow.
Travel between star systems is achieved through the jump drive, a technology that lets a ship translate itself into the higher-dimensional parallel realm of gate-space and back into real space at specific naturally-occuring "jump points" or through artificially induced jump gates. Distances in gate-space are sufficiently different to realspace to permit travel between star systems on the order of weeks or months. Gate-space and realspace only coincide at jump points and gates; objects in gatespace cannot otherwise interact with realspace and vice versa (as far as modern science is aware). Jump points can be calculated at long distance given sufficient information about the gravitational bodies in a star system.
Exploration Table (2d6)
2-3: 2 Complications
4-5: 1 Question, 2 Complications
6-8: 1 Question, 1 Complication
9-10: 2 Questions, 1 Complication
11-12: 2 Questions
You can forego asking a question to reduce the number of complications you suffer by 1.
Interstellar Travel
Travel through gate-space costs fuel just like through realspace. While relative distances don't proportionately translate, most para-astrogation charts measure stars' distances in "jumps". 1 fuel gets you 1 jump of travel. Make the Exploration roll each time you enter into realspace from a jump point.
Questions
Who do I know here?
Where in this system is safest to rest and restock?
What threats can we expect in this system?
What's the most dangerous threat to us in this system?
What's being hidden from the wider galaxy?
Where are we? 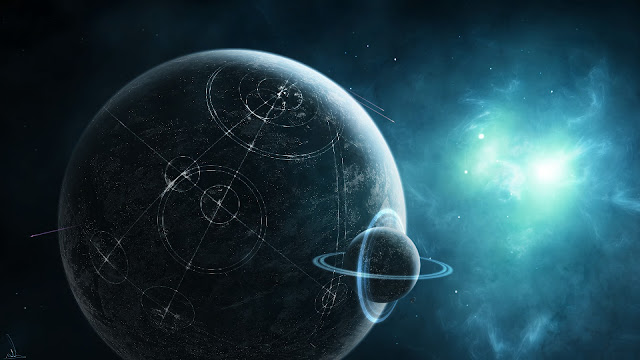 System Generation
Systems have 3d4 orbits, each filled on the following d20 table. If the resulting system lacks jump points or stations with jump gates, add one in so the players can actually get there.
The galaxy is a stranger place than we could ever have imagined. If some of these results don't make sense at first glance, justify them yourself (that's half the fun). Write new tables for habitation, for plot hooks, for factions inhabiting these systems - Deep Space Bitches might end up using this for setting generation. The implied setting below is vaguely similar to Mothership, a corporatist spacefuture with lots of ill-fated ventures that go horribly wrong but manage to hang on in new and fascinating dystopian conditions.

Terrestrial planets (results 1-10) have d4-1 moons. Just because a terrestrial planet isn't class Green doesn't imply there's no life, just that it's orders of magnitude less prevalent than Earth - extremophiles develop and thrive in a wondrous range of environments.