The Immortal Art of Fleshcraft

Fleshcraft makes Ogoath go 'round. To hear one of its practitioners speak of it, they are the sole force between the blood-red lamplight of civilization and the total decay of the rotting turtle-corpse. Those who control the meat control the universe, and their powers tap in not to "magic" or whatever "divinity" survived the loss of the Old World and death of its gods, but into the base raw bleeding truth of reality. And while they aren't technically wrong, most fleshcrafters have (in addition to their power) taken on the egos of old-world wizards with none of the pretension of secrecy or solitude.
If one would listen to the butchers speak of them, fleshcrafters have no respect for the world that's adopted them. They walk openly, twisting meat to their basest whims, capricious children who've stolen their parents' big fancy knives and are chopping up the walls to see the pretty patterns they can make. Their empire killed the world. Their domain is life-made-cancerous, mind without moral, craft without code.

I've given the Butchers their due. Their rivals now demand the podium. 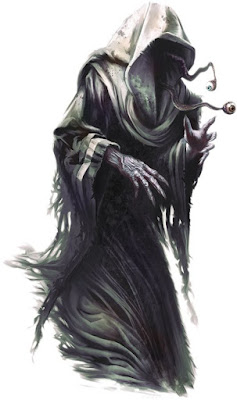 Paint with all the pleasures of the flesh.

Fleshcrafting: Combine a Technique you know and a Form you know to perform an action. Absorb Blood. Grow Bone. Speak to Emotion. Their effects are broad and often self-evident. Roll any number of your Flesh Dice (d6s) in the process. In addition to the damage dealt by the Law of Consumption (see below), they burn out on a 6. 1 can be restored by lunch; all can be restored after a daily rest. If you roll doubles, a Mishap occurs. On triples, gain a Doom.

There's some limitations of what you can do with these. Any numerical effect (damage, duration in minutes or hours, bonus, penalty, etc) can't be greater than either (dice) or (sum); which is the limit is up to the GM. I recommend looking at the Mimics & Miscreants spell list for equivalent effects.

All fleshcrafting follows Three Laws. These laws are well-founded, well-tested, and seem inherent to the Art.

The Law of Consumption. Action requires calories. Greater changes, such as those wrought by magic, require more. Your body will devour itself in your quest for power. Whenever you fleshcraft, you take (dice) damage.

The Law of Contact. Fleshcraft requires touch between the crafter and the form. It is an Art of the body, and so the body is central to its workings. The closer the flesh one wants to shape to their point of contact, the easier it is to shape. Forms separated by a membranous barrier like skin, or like the lining of an organ (if you wish to only affect the material inside) roll your Flesh Dice with disadvantage.

The Law of Continuity. Forms remain the form they are. One cannot transmute blood to bone, or acid to eyes, or skin to cancer, (et cetera), through fleshcraft. That is the provence of mundane biology and naught else.

Fleshcrafting Mishaps
1-2. Decay. Halve a random physical ability score for the rest of the day.
3-4. Mutation. Gain a random negative mutation for the rest of the day. At the end of the day, roll a d6. On a 1, it is permanent.
5-6. Independence. The Form you wanted to manipulate? It decides its had enough of you, and a (dice) HP chunk of it removes itself from you to become an independent being.

Fleshcrafting Dooms
First Doom: Lose a Form. This inexplicably does not kill you, but it will do everything else that losing it would. Losing a seemingly negative form still has negative effects - losing Rot would prevent your cells from dying (commensurately, losing Cancer prevents cell growth).
Second Doom: Lose another Form.
Final Doom: Your individuality sloughs off as you merge with all flesh and organic matter around you. You are not "dead" in a technical sense, but you have become part of something so much greater that you cannot continue play as a player character.