The Star needs mortals to enact its will, as while its power is vast it cannot manifest beneath the sky. You are its useful fool, its starry-eyed dreamer, promised so much that will never be delivered. Go forth in the name of the Star, and cleanse. 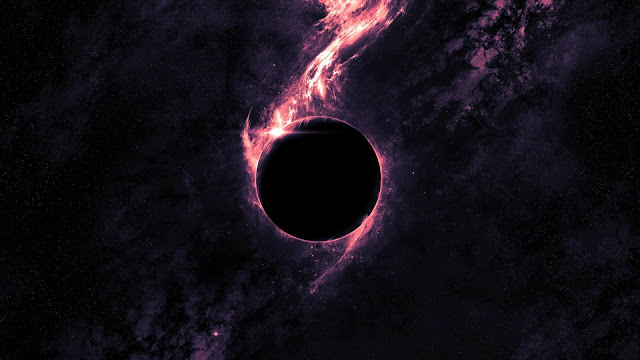 Goals
The Baleful Star wishes for a world wiped clean and made pristine. If it cannot have a blank featureless canvas, it will first settle for perfect order, so nothing can threaten it. Societies cowed beneath the heel of mindless overlords, the beasts of the earth and sea and sky catalogued and chained, a place for everything and everything in its place. You have been promised power in this utopia, if only you bring it about.

Starting Equipment
a brass telescope with tripod, a pocket spyglass, sheaf of astronomical charts covered in your own raving scribbles, a dose of laudanum, a warm coat

Boon
You know the direction to the Baleful Star no matter where you are, as you feel its hate and fear. You cannot get lost. Your eyes have no irises and thousands of small pupils, like the night sky inverted.

Favors
You can project pinpoint dots of light from your eyes and fingertips, with unlimited range.
You can smell fear. It smells like the frigid sucking cold of a windless, moonless night.
You can levitate (Warlock level) fist-size or smaller objects at once as if you were manipulating them with your hands.

Obligations (d8)
1. Cause Debt mortals to fall into despair.
2. Restore at least Debt*50gp worth of items to pristine condition.
3. Ensure Debt criminals can never commit crimes again.
4. Discover secrets of Debt mortals that would ruin them and speak them to the Baleful Star.
5. Erase a creature from the memories of Debt*Debt of those who know it, or taint those memories to the point where they would rather not remember.
6. Utterly destroy a work of art worth at least Debt*100gp.
7. Kill Debt HD of mortals cleanly and painlessly.
8. Find someone else who knows the truth about the Star and kill them brutally, as a message to others who might threaten it.

Patron's Gift
A new body is built for you, perfect in every detail, your idealized self-image. It does not (and cannot) breathe, eat, drink, or sleep, only needing nightly exposure to starlight. When you next die, your mind is transported to this body, which awakens naked in the nearest town. Its perfection lands it squarely in the uncanny valley; it moves only when you tell it to, and cannot emote.

Spells
1: Reverse Gravity
range 50*dice ft; target area; duration sum minutes
The gravity in a sum*5 foot radius sphere within range now points in a direction of your choice, with strength up to dice times normal gravity. At 3+ dice, you can alter the direction of gravity as you choose, and move the radius of effect at walking pace.

2: Command Construct
range within earshot; target construct; duration dice*sum hours
Your voice automatically forces constructs like golems and clockworks to obey your orders. You can command Warlock level HD*dice worth of constructs at once. Sapient constructs get a save every time you order them.

4: Telepathy Web
range 100ft; target sum creatures and self; duration sum minutes
All targets gain a telepathic link and can communicate and read each others' surface thoughts, including detecting lies. At 2+ dice, targets can voluntarily allow other targets to control their bodies. At 3+ dice, you may make Intelligence tests to telepathically override others' actions, or puppet their bodies without their permission.

5: Baleful Augury
range n/a; target n/a; duration instant
Beneath the watchful eye of the Baleful Star, you can ask dice yes or no questions regarding something both you and it can see. It will answer truthfully, though its answers may be incomplete, and are focused on how to neutralize perceived threats.

8: Lightstar
range dice*50ft; target n/a; duration sum minutes
Summon a manifestation of the Baleful Star in the form of a gleaming sphere of pure radiance. It sheds false starlight within a sum*10ft radius. You can move it within range. Anything it touches takes d6 fire damage; if you direct it to hit something that can move, it gets a save.

10: Cleanse
range sum*10ft; target area; duration instant
Restore the area within range to pristine condition. Dust clears, mold shrivels away, cracks repair themselves, spills evaporate, and fallen items return to their original positions. At 2 dice, this also lets you remove clutter from existence. At 3 dice, this also lets you improve the quality of items in the space. At 4 dice, you can define pretty much anything you want as clutter, but it gets a save.

11: Summon Secret
range sight; target anything with a secret; duration sum hours
You summon a random fact that has been deliberately concealed about the target. It manifests as a cloud of words hanging in midair. It cannot manipulate things, but it can insert itself into text or minds or speech as if it was originally part of them. At 2+ dice you can specify what kind of secret you want to know, at 3+ dice the secret will be able to ruin the target if revealed.

12: Starlance
range sight of both you and the Baleful Star; target dice*5ft radius; duration instant
A flash of starlight immolates the target. It takes sum+dice fire and cold damage (save for half). Anything that this destroys is reduced to dust, and its essence is recorded by the Star. If you dare ask the Star about what was destroyed, with Baleful Augury or Summon Secret, it can answer with total accuracy.