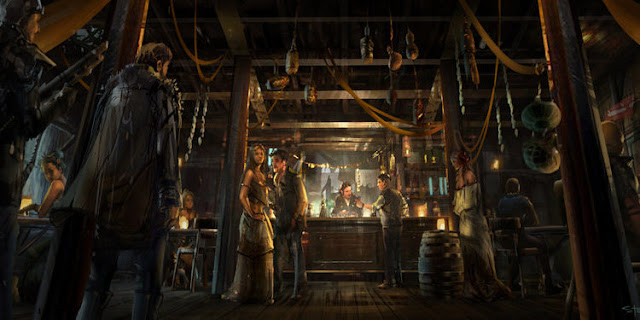 20 fellow warriors you can find at the local tavern, what they want you to pay them for their service, and what they're hiding from you...

d20 Murderhobos
1. Ex-gladiator who vowed never to be at another's mercy again
2. Trapper who knows the surrounding wilderness, has dark stories, swears they're all true
3. Bounty hunter between jobs, just caught the wrong guy
4. Mountain tribesman with a weapon larger than you are
5. Local watchman off shift, getting paid shit-all
6. Old soldier who served in the last war, has seen too much
7. Young farmhand with surprising skill with a sword
8. Bandit captain whose gang has just been slaughtered by a different group of adventurers
9. Hermit come down into town for their annual visit
10. Assassin with too much free time
11. Swordsage from a foreign land, knows your customs better than you do
12. Cutpurse, tried and failed to cut yours and is impressed
13. Mercenary kicked out of their company for being too brutal
14. Pilgrim-soldier en route to holy land
15. Fast-talking gambler swearing up and down they're right for the job
16. Inventor eager to try out new device on targets
17. Noble heir, drunk, showing off their fancy bladework
18. Young soldier in too-large armor, looking for a taste of battle
19. Laborer loudly complaining about boss, describes grievances in gory detail
20. Roll twice, they're buddies and come as a package deal

d20 Payments Demanded (in addition to a share of the loot)
1. Foreign coinage
2. To impress their crush
3. You to leave the area and never return
4. The most powerful magic item that the party finds
5. A map of the area
6. Your loyalty in return
7. An unspecified favor
8. A tale told about their heroism
9. The right to kill a specific NPC the party is going to encounter
10. A favor, demanded in advance
11. Drugs
12. To lead the group on the adventure
13. Conversion to their religion
14. An honorable death
15. All the credit
16. A permanent position
17. Safe passage home, guarded by the party
18. Books
19. Lovers
20. Roll twice, they want both

d20 Dark Secrets
1. Noble heir trying to flee their inheritance
2. Actually doesn't have any class levels and is faking it all
3. Possessed by d4: 1. a ghost, 2. their weapon, 3. a devil, 4. a saint
4. Bounty on their head
5. Hunting a bounty on one of the PCs' heads
6. Has history with one of the NPCs the party is going to encounter
7. Actually a different one of the above characters, masquerading as the first one you rolled
8. Wants double pay, won't mention this until they think they can extort it out of you
9. Working at cross purposes to the party
10. Keeping an eye on the party for their employer
11. Leading the party into an ambush
12. Actually an illusion conjured by a powerful wizard
13. Has deep-seated religious beliefs that will conflict with the party's behavior at some point
14. Wants to die gloriously in battle
15. This is their last adventure before the plague takes them, you better hope it's not contagious
16. Knows exactly how this adventure is going to turn out
17. Actually a polymorphed d6: 1-3. animal, 4. powerful wizard, 5. dragon, 6. NPC the party has history with
18. Addicted to d6: 1-3. a powerful narcotic, 4. lying, 5. magic, 6. mortal flesh
19. Flies into barbarian-style rages in combat and can't differentiate friend and foe
20. Roll twice, both are true