Who builds all the dungeons and keeps and wizard's towers that adventurers so dearly love to plunder? You do, of course. And you've decided that your talents might be more lucrative in the other half of the dungeon business.

The Engineer
(a GLOG class) 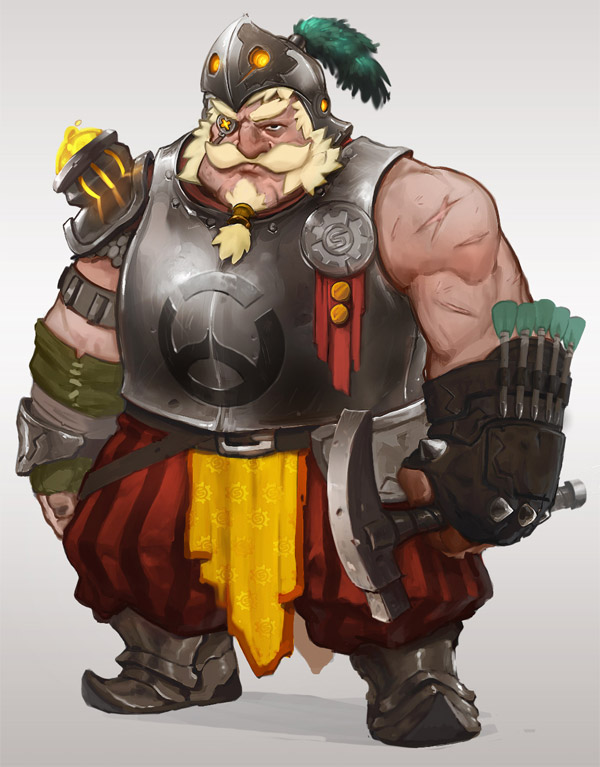 You solve problems. Not problems like "what is beauty," because that would fall within the purview of conundrums of philosophy. You solve practical problems.

Dungeon Architect: With five minutes (or, three times in a short rest) and your toolbox, you can:
1. make a trap or other mechanism trigger when a specific condition is met, or at a chosen time.
2. secure doors so they can't be opened without breaking them down, as a Lock spell.
3. hide features of constructed environments (like a door or arrow slot in a wall, or grease or a rune on a floor).
4. break down or erect 10' of mundane walls, or excavate an equivalent amount of material (roughly a 5' cube).

Blacksmith: During a short rest, you can repair mundane armor and weapons. You can also apply one of the following bonuses to a weapon or a set of armor during a short rest, or four of them to different weapons/armor sets during a daily rest. A weapon/armor set can only have one bonus at a time. The bonus wears off at the end of the day.
1. Balanced Weapon: +1 to attack rolls and parries.
2. Brutal Weapon: +1 crit range.
3. Rending Weapon: +2 to Wound rolls.
4. Swift Weapon: +1 Initiative when wielded.
5. Ablative Armor: Ignore the first wound you take while wearing this armor.
6. Coated Armor: Can reroll saves against environmental effects until you fail a rerolled save.
7. Concealed Armor: Can be hidden under mundane clothes. Can't be applied to plate.
8. Hardened Armor: +1 AC.

Stonespeaker: You can deduce the goings-on in a room by analyzing the layout and the scuffs on the floors, walls, and furniture. In a room, you may ask a question of the space like a Speak With Dead spell. Do this only once per room.

Juryrigger: With a day's work, you can build a device that replicates the effect of a magic item you have access to. It works once, then falls to pieces. You can also overclock a magic item that hasn't been created this way, doubling its function for d6 rounds, after which it falls to pieces.

Master Builder: Reduce the construction time for Dungeon Architect to 1 minute; you can make an INT check to do it in 1 round. With access to appropriate tools and materials, you can build complex clockwork automata. A 1 HD automaton takes 1 day, 2 HD takes 4 days, 3 HD takes 9 days, and so on. They mimic creatures you have seen of equivalent HD, though can only replicate mundane abilities. They must be wound for HD hours to function for the day, and will obey simple commands given by manipulating their control levers.